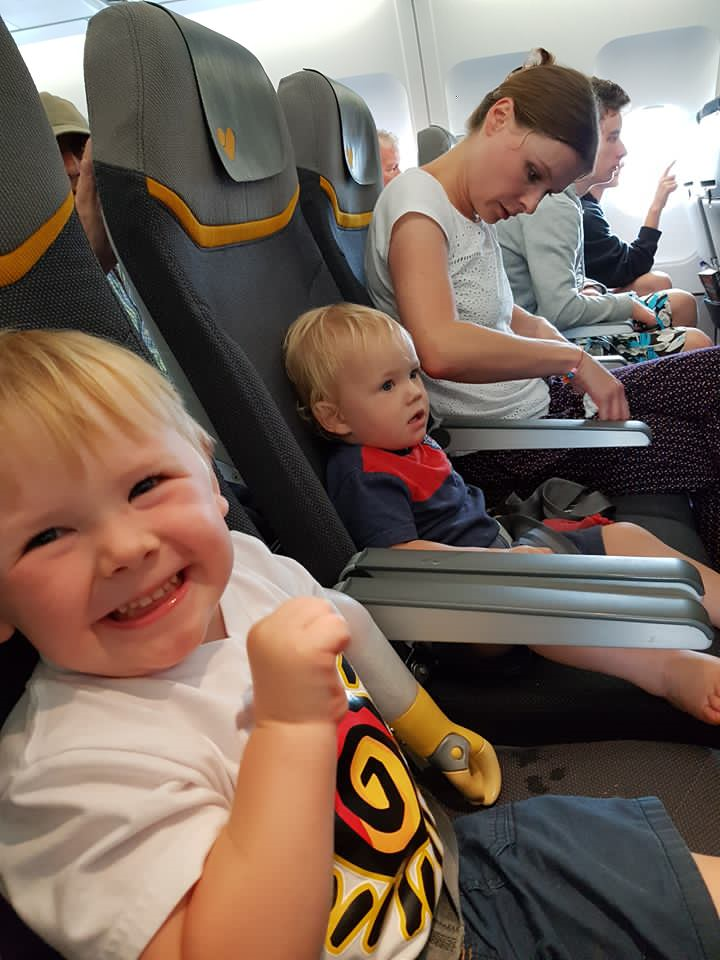 It was great to spend time with Dave, he’s a great guy and Sol adores him.  He’s been promoting and supporting us since 2016.

We travelled in comfort and were transferred seamlessly from the UK to Vegas then on to a Tower Suite in the Aria resort in Las Vegas – by limousine!

We had a great time exploring the place and meeting all the amazing people at the Microsoft Inspire Conference. 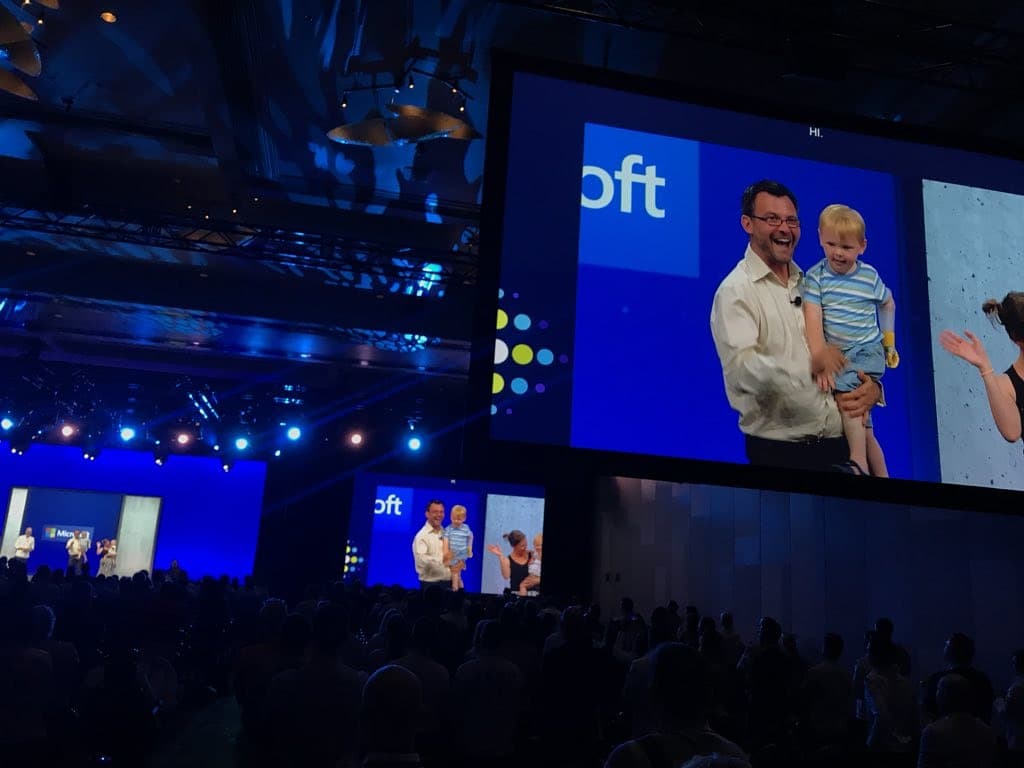 On Wednesday we rocked the place!!! 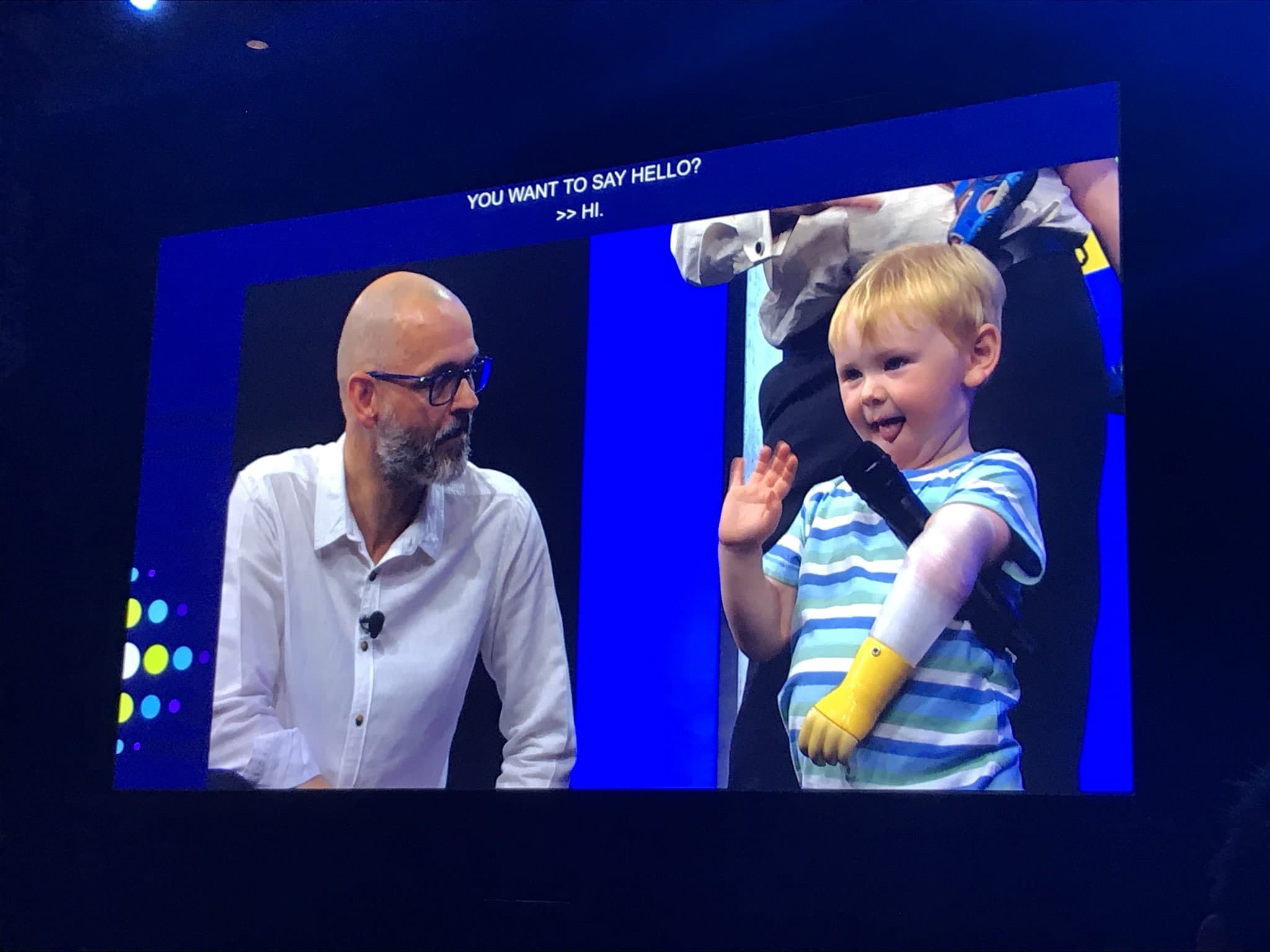 Working with Derrick McCourt and his team over the past few weeks, a short film was made about Ambionics and how Microsoft have been supporting us.  The film was aired shortly before our appearance and the response was phenomenal.

Sol and Dax loved appearing on stage and were both superstars! Mum too!  We never got tired of people introducing themselves afterwards either.  Sol and I were approached eight times on our way to breakfast the morning after.  It was amazing. Sol asked why so many people wanted to speak to us.  I told him he’s famous because of how much is mum and dad love him. 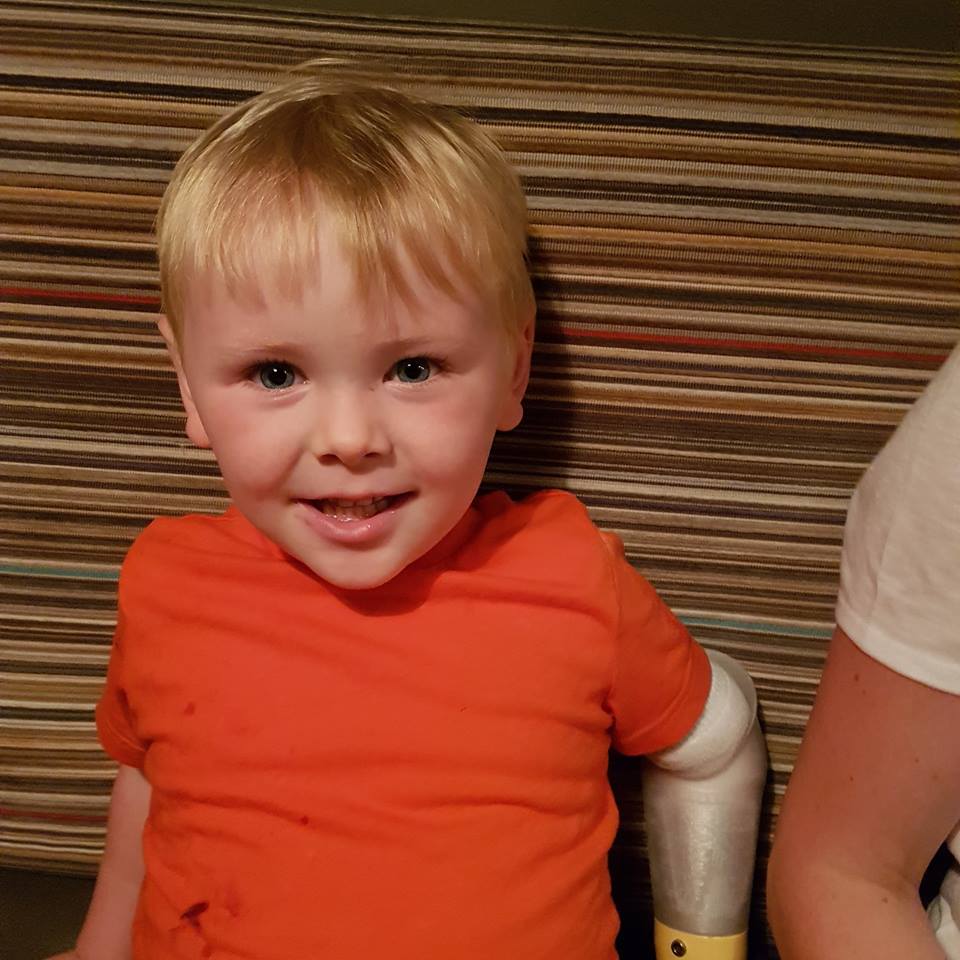 We are very grateful to Microsoft for looking after us so well.  Aside from having the holiday of a lifetime – thanks to Microsoft we have been able to send Surface Pro tablets to locations across the globe.  We’ve shipped devices to East Africa, Albania, Australia, across the UK and recently to Ecuador where we are setting up the first free Ambionics clinic under license.  The Surfaces will be used for limb scanning and collaborating and delivering Fusion 360 tuition using Microsoft Teams.

Donate to our campaign

Donate to our campaign