The strength of love, the power of human ingenuity

Very few of us can imagine our emotions, let alone think about the practical challenges ahead, if our 10-day-old baby had to have an arm amputated. This is the tragedy that happened to Sol Smith Ryan. Yet not even a fortnight into his first-born son’s life, Sol’s father and former psychology teacher, Ben Ryan, determined that no obstacle would stand in the way of his child living a full and active life. More, he had a vision that many other children would benefit from the best innovations that science and technology could achieve.

The first job was to create a soft prostheses for new-born babies – this had never been done before. Ben knew it is crucial to give very young children the chance to interact with prosthetics as quickly as possible. This way, their brains can much more easily accommodate the replacement limbs. The vital developmental window is narrow. To maximise its potential, the right technology needs to be available much earlier in a child’s life than existing approaches could accommodate. This year (2021) a team of UK researchers have begun the process of planning a pilot study to test and refine Ben’s ‘Very Early Protocols’.

Second Ben taught himself 3D scanning and computer modelling so that he could 3D print better fitting sockets on a more timely basis than the current NHS offering. In December 2016, he succeeded. From that point on, Sol invariably chose his father’s devices over the ones he had been prescribed.  They were lighter, more comfortable and more pleasing to the eyes of a child.  Unlike other 3D printed solutions, however, Ben was very confident that his own devices were safe and posed no possibility of injury, or risk to Sol, only health benefits.  Ben has now created over fifty such ‘digital sockets’ for infants in South America, the US, Poland, China, India and the United Kingdom.

Now working with some of the World’s top clinicians, Ben has led Ambionics to develop significant advances in prosthetic technology, 2021 saw the introduction of Ambionic hybrid devices which incorporate body powered and electronic components.  Inspired by the harmonic drive gear box, Ben has developed a unique motorized wrist that attaches to a cable-operated terminal device.  The ultimate design goal being full linear control of the wrist using EMG with all the benefits of body power. The best of both worlds.  New materials are also in play with a switch to HP Multi Jet Fusion technology for full color printing of class 2 medical devices.  In terms of what this actually means – Bens new hybrid T63 arm, including the batteries, motors and gearbox are 15% lighter than a conventional passive hand – that has no functional features at all.

Until this year, Ambionics was a pre-revenue non-profit, working primarily as a research organization.  With clinicians now on board though, Ambionics will soon be offering prosthetic and orthotic services to children and adults from as early as October 2021.  Sign up to the Ambionics Newsletter for updates!

For UK and international enquiries, by all means get in touch – we are looking forward to working with you. 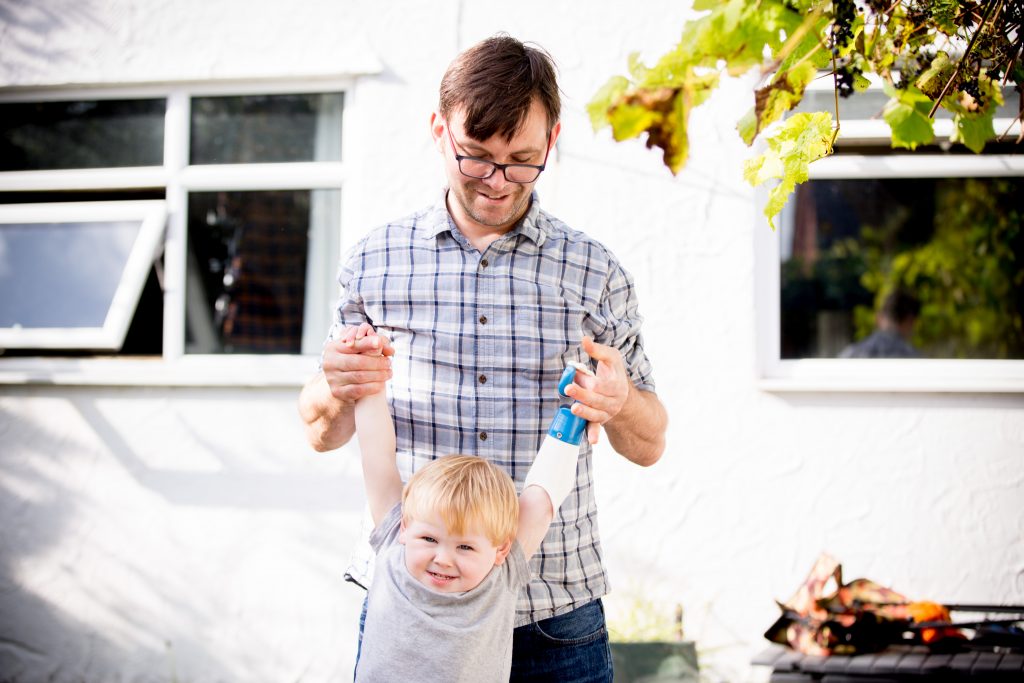 "Ben’s story is astonishing, and he articulates wonderfully how passion, purpose and single-minded determination can combine to achieve incredible results with technology that dramatically impacts people’s lives. He is a compelling speaker and his personal journey will move everyone who hears it."

Andy Frost
Digital Services Commercial Director, Kainos Cloud Solutions
"My daughter was born with a missing hand on the right side. Ben’s enthusiasm and his way of creating optimized solutions is absolutely inspiring. In the field of prosthetics for small children he is doing absolute pioneer work."
Florian Stadelmann
Book Ben Ryan, Public Speaker